“Russian football needs to learn how to make money” President of Zenit St. Petersburg Sergey Fursenko discusses the legacy of the upcoming World Cup, what fans want, and how to reform the way professional teams are funded. 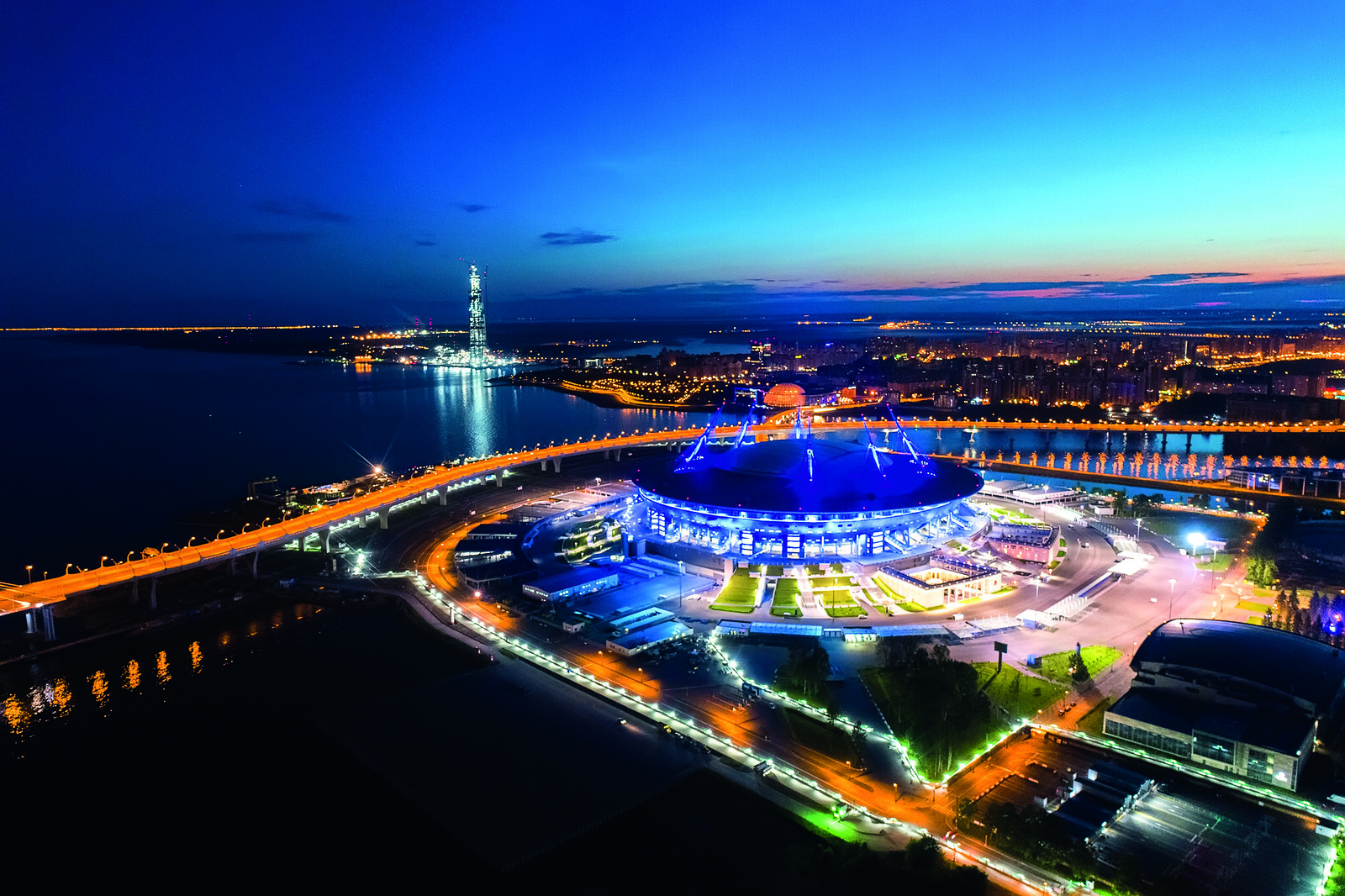 is built at the place of the old Sergey Kirov Stadium and is designed by a Japanese architect Kisho Kurokawa. The first match officially took place on 22 April 2017. Sliding roof and retractable football field make it possible to arrange football matches at any weather and to use the stadium for concerts without damaging the lawn.

Long before the start of the competition, there was already a lot of discussion about making the most of the legacy of the World Cup. Is this feasible in Russia today?

Our government has invested around 200 billion roubles in preparations for this championship. As a result, the country has gained a unique sporting infrastructure with modern stadiums and training centres.

Upkeep costs for facilities of this complexity could exceed hundreds of millions a year, and this is serious money for clubs outside our main cities. Arenas can only be cost-effective if they are transferred to football clubs which can fill the stands 20–25 times a season. Professional football needs to take on this responsibility. This means we need to stop focusing so much on the results on the scoreboard, and instead concentrate on the interests and needs of those watching the game. What do spectators need? Comfort, good service, and, of course, a great show. Football should feature beautiful, exciting combination play with plenty of goals. Fans are a club’s most valuable asset. Having a large, loyal fan base is the only way for a club to present itself as an attractive and commercial partner.

Yes. Our experience shows that by engaging in extensive work with fans across the board, we can ensure maximum attendance. Compared with last year and our previous home ground at the Petrovsky Stadium, we now have two and a half times more people attending our games.

In 2018, football clubs are broad and expensive business structures. It’s vital that matches offer genuine quality which meets the highest standards of the modern entertainment industry.

Zenit now invites fans to the stadium two hours before the match starts, giving them an opportunity to take part in a range of games and cultural activities as part of our Fan Promenade. We are particularly pleased that football matches have become a family affair. We see a lot of kids coming to the new arena, and this is an investment in the future of the club — these are the fans who will be coming to see the team in 10 or 20 years and bringing along their own kids.

We know that St. Petersburg loves Zenit, but what about TV audiences?

The TV ratings for Zenit matches in the Russian Premier League and European tournaments comfortably exceed those for games featuring other Russian clubs. Outside Russia, income from the sale of television rights constitutes more than 50% of all club revenues in the five leading European leagues. Unfortunately, the Russian TV rights are worth a hundred times less than those of the English Premier League, and twenty times less than those of France’s Ligue 1.

Why is there such a difference in earnings?

It’s not all about the quality of the stadiums and pitches in Russia, however. There are methodological issues, too. Most clubs are not concerned with the entertainment value of their football. This means that pitches which are not suited for high-speed play are certified. It also affects schedules and refereeing methods. Funnily enough, it’s now easier for a strong team to play in European tournaments than at home.

110 metres together with the pylons — this makes the stadium one of the five tallest buildings of St. Petersburg

Russian football needs to learn how to make money, not just spend money from sponsors. Zenit achieved the highest profit margins among football clubs in 2016, coming out in front of highly successful clubs like Tottenham Hotspur, Manchester United, Bayern Munich, and Real Madrid. It should be noted that we ranked 21st out of 30 teams in terms of overall revenue for that year.

A review of the current system for state financing of professional teams is also needed. If we shut down this system completely, of course, it would be tough on a lot of clubs. But it would be entirely possible to allocate the funds based on a club’s performance in various areas — most importantly the number of fans they bring to the stands. Under this system, clubs wouldn’t be given money to purchase new players, but to create services for their fans.

You mentioned that a football club today is an expensive business structure. Many regional clubs simply cannot make this kind of investment.

Of course, you can only put on entertaining football if you have the appropriate level of funding.

In our view, the football stadiums which have been built and upgraded for the World Cup have the potential to attract interest from investors. 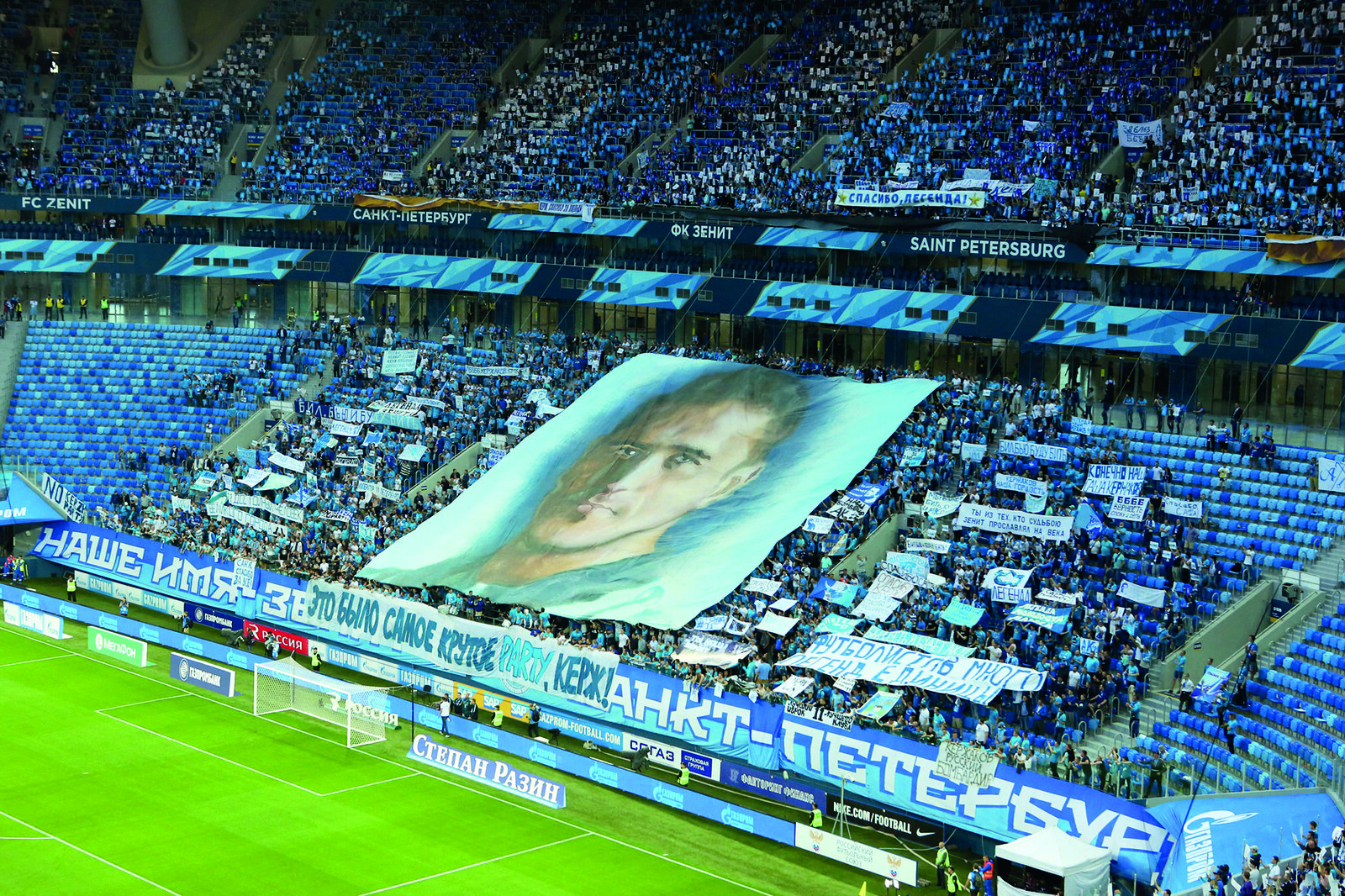 At SPIEF, Zenit will present an investment project for the development of our Krestovsky Stadium. The idea is to create a commercially successful entertainment space based on the existing infrastructure, which will be used all year round.

The stadium, its historic pavilions, and the area around it will be the centrepiece of a recreational area on Krestovsky Island. The complex will include a cultural and entertainment centre, street theatre, a museum on the history of the club, a café, a restaurant, a conference centre and co-working space, souvenir shops, an official club store, and the club’s client services office.

We also hope to develop the match-day corporate facilities (business clubs, lounges, skyboxes) and technologies for hosting concerts. Our stadium’s capabilities are unprecedented for Russia — we can accommodate up to 80,000 spectators in a warm, heated space. It is a venue which can attract the world’s biggest stars.

What does Zenit hope to achieve from its participation in SPIEF?

First of all, we want to present our new stadium as a business project and find partners to help us implement our plans.

Secondly, we’d like to use the forum to present Zenit as an effective marketing platform for potential sponsors and advertisers. Sponsorship of a sports club is a great tool for managing loyalty.

Thirdly, we plan to talk about our understanding of how modern trends in marketing and digital technologies can be applied to sport, and to discuss the role of football as a driver of the experience economy.

We are open to communication and we would like to share our developments with others. Zenit aims to achieve sell-out matches throughout the Russian Premier League. It’s always more exciting to play to a full house.

Income from Assets Sale Zenit St. Petersburg is Russia’s most popular club and the top Russian club in Europe, occupying sixteenth place in the UEFA rankings. These rankings determine how many Russian clubs can enter the Champions League and Europa League. Over the last ten years, Zenit has earned 145 ranking points. This is one and a half times more than CSKA, three times more than Spartak, and five times more than Lokomotiv. Article
Place Of Power
Russia has developed an entire system of significant international conventions and exhibitions attended by influential politicians, business people and opinion leaders from more than 190 countries. Forums are a great opportunity to get acquainted and establish business contacts, a good chance for young executives to prove themselves at their best. In turn, the regions that host the events get a boost to their economic development.
Events Culture Tourism
11610 Article
81% of Russians missed out on the summer holiday season 2020
The Research Centre NAFI has published the results of a survey which show that most Russians didn’t go on holiday during summer 2020, and those who did mostly travelled by car.
Culture StayHomeEconomy Tourism
4021