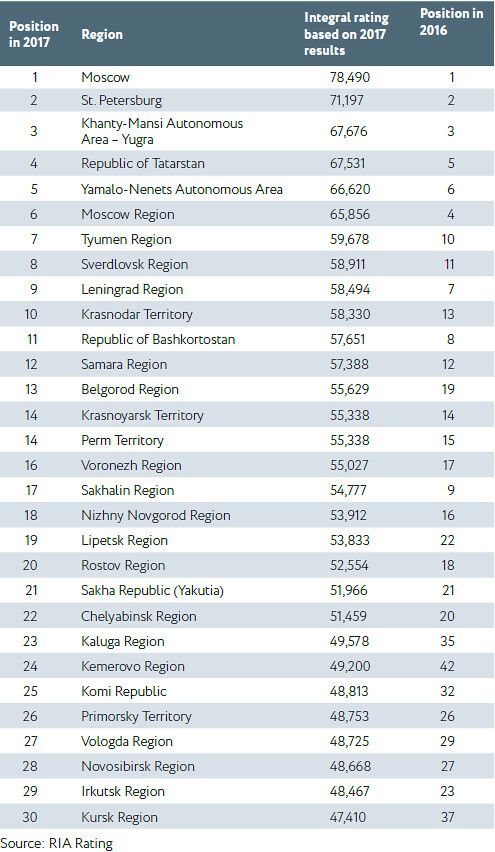 The method used to compile the ranking is based on the aggregate of various criteria across four groups: size of the economy, economic performance, regional budget, and social issues. In the listing, Russia’s regions are ranked in descending order according to the value of the integral rating point. The integral ranking of a region was determined as the average geometrical rating of a group of criteria. The ranking of a region according to each group of criteria was determined as the average arithmetical rating of all the criteria in that group. 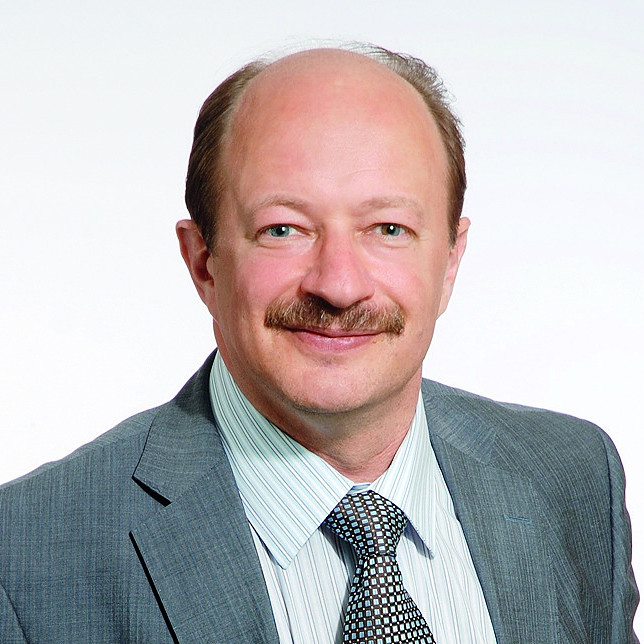 As in previous years, the top three places in the ranking are occupied by Moscow, St. Petersburg, and the Khanty-Mansi Autonomous Area — Yugra. These regions consistently achieve high marks for most of the criteria taken into account when compiling the ranking, showing that they have the solid fundamental prerequisites in place for socioeconomic development. The top ten, which is largely made up of financial centres, oil and gas producing regions, and developed industrial regions, has not substantially changed. That said, it should be noted that the current top ten includes Krasnodar Territory and Sverdlovsk Region, which have replaced the Republic of Bashkortostan and Sakhalin Region in the latest ranking. In all, 35 regions have improved their positions, 38 have dropped down the ranking, and the rest have maintained their previous standing.