People come to St. Petersburg to enjoy its beautiful architecture, world-famous museums, canals, panoramic views of the Neva and... business meetings. The number of conferences and exhibitions hosted by the city grows with each passing year. And the St. Petersburg International Economic Forum plays a vital role here.

Internationally, the meetings industry is one of the most profitable revenue sources for regional budgets. On average, visitors attending business events spend four times as much money as other travellers, according to International Congress and Convention Association (ICCA) statistics.


Every rouble invested in conferences and exhibitions brings in five to seven roubles in profit, says Alexey Kalachev, Director of Russian Convention Bureau, one of whose tasks is to develop the country’s events industry. These figures don’t just take into account the revenue earned by the Forum organizers, but the contribution to the city’s economy as a whole. The St. Petersburg International Economic Forum fits perfectly into this model.

«In the short term, tax revenues from organizations providing services to guests in St. Petersburg help to fund the budget,» says Irina Babyuk, Chair of the St. Petersburg Investments Committee. «In the long term, revenue comes from implementation of investment projects initiated through agreements signed at SPIEF. Another effect is the development of the city’s infrastructure and industrial enterprises, and the building of social, cultural, tourism, and sporting facilities,» she continues. This increases the city’s attractiveness to tourists and improves the overall quality of life for St. Petersburg residents.

«Given the scale of the Forum and the kind of participants it attracts, the event benefits all sectors of the city’s economy,» agrees Andrey Mushkarev, Chair of the St. Petersburg Committee for Tourism Development. «Our priority is to increase tourist flows during the Forum, giving both a short- and long-term boost to the St. Petersburg hotel and catering industry. The income we receive also helps us to improve the city’s infrastructure.»

According to Andrey Mushkarev, occupancy rates at the city’s hotels reach record levels of 80–85% during SPIEF. In 2016, for example, 88% of hotel rooms were occupied. These levels are otherwise only seen at the height of the summer holiday season in July and August. In May and September, there is an 8–10% drop in hotel occupancy rates, and in winter, they drop to almost half.

Aside from this, SPIEF is instrumental in attracting other conferences and exhibitions to the city, says Mushkarev. «The Forum’s participants are business people, heads of international organizations, officials, and experts from around the world. These are people who make decisions, including about the organization of major business events.» Each of them has an opportunity to get a first-hand look at ExpoForum, the SPIEF venue and the city’s largest exhibition space, experience the quality of services provided, assess security and logistics, and of course, see the main sights of Russia’s cultural capital.
Incidentally, according to the popular service TripAdvisor, St. Petersburg was the only Russian city to make the top 25 tourist destinations in the world in 2017, taking fourteenth spot. It appeared in the list alongside Rome, Paris, and New York.

According to the exhibition research and development centre R&C, business tourism in St. Petersburg is worth approximately RUB 3.6 billion, which is 25–30% of the entire Russian market. In 2017, the city hosted 31 major congresses — that’s just counting rotating events that are recognized by the ICCA. The year before, 29 such events were held here. In total, according to various estimates, the city hosts between 2,000 and 4,000 business events annually.

Last year, the Administration of St. Petersburg approved a state programme for the development of tourism in the city over the period 2018–2023. This aims to increase tourism’s share of the city’s GRP from 2.2% to 6% in the next five years, or from 72.2 billion roubles to 196.9 billion roubles. 4.3 billion roubles will be allocated to finance the programme, the majority of which (2.7 billion roubles) will be focused on measures to diversify the options available to tourists in order to reduce seasonal fluctuations in tourist numbers. Developing business and events tourism is a priority. For example, St. Petersburg will be the first city in Russia to offer subsidies on a competitive basis to conferences and exhibitions, especially in the low season. The subsidies may cover up to 30% of the total cost of the event, but will be capped at 20 million roubles. Similar support mechanisms have already demonstrated their effectiveness in Japan, Australia, Canada, and Europe. St. Petersburg therefore has every chance of becoming one of the world’s top business tourism destinations. 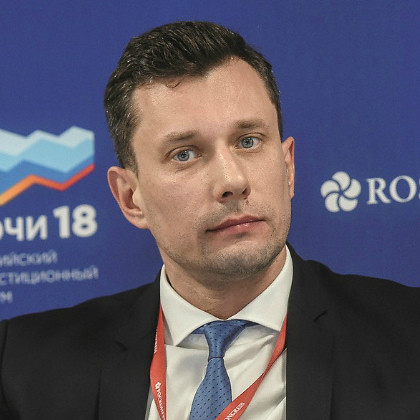 One of the Convention Bureau’s priorities is to bring together professionals in the meetings industry. Twenty-four organizations from seven Russian regions have already joined the association. These include regional convention bureaus, conference and exhibition venues, hotels, and service and transport companies. The association partners with Russia Tourism and the Visit Russia national marketing centre. This provides additional opportunities to attract new events, especially outside of the main cities. During SPIEF, the association plans to sign cooperation agreements with the Russian Chamber of Commerce and Industry, Delovaya Rossiya (Business Russia), the Agency for Strategic Initiatives, and several regional authorities. Signing of an MOU between the Roscongress Club and the State Tretyakov Gallery.
St. Petersburg International Economic Forum 2022
EventsArtsCulture
41 Article
Place Of Power
Russia has developed an entire system of significant international conventions and exhibitions attended by influential politicians, business people and opinion leaders from more than 190 countries. Forums are a great opportunity to get acquainted and establish business contacts, a good chance for young executives to prove themselves at their best. In turn, the regions that host the events get a boost to their economic development.
Events Culture Tourism
11480 Article
81% of Russians missed out on the summer holiday season 2020
The Research Centre NAFI has published the results of a survey which show that most Russians didn’t go on holiday during summer 2020, and those who did mostly travelled by car.
Culture StayHomeEconomy Tourism
3886 Research
Overview of UNWTO reports on COVID-19 impact on travel and tourism
Experts from the Roscongress Foundation present their overview of UNWTO’s ‘COVID-19 — a Global Insight on Travel and Tourism Impacts’ and ‘Supporting Jobs and Economies through Travel&Tourism’ reports.
Culture StayHomeEconomy Tourism
7185